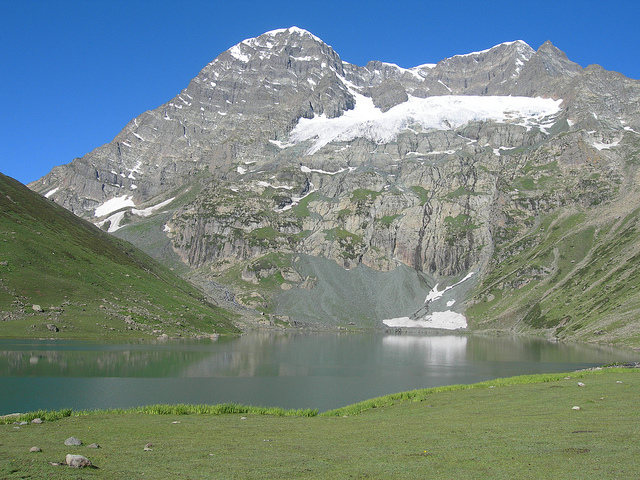 The primary objective of this site is to create a comprehensive collection of Kashmiri words, idioms, folk tales and literary masterpieces in Latin (also known as Roman) script. Kashmiri is officially written in Nastaliq script. We have no desire to challenge that. Our only intention is to make it easy for those who can’t read Nastaliq script to be able to read and appreciate Kashmiri literature. We also want a new generation of computer users to be able to write this great language with an ordinary Standard English keyboard.

A Latin script for Kashmiri language is not a new effort, as many people have worked on this over the last two centuries. In the past this script did not become very popular because only a small percentage of people knew the Latin alphabet. That obviously is no longer true. As a corollary to this we wanted to standardize the spelling of Kashmiri words in the Latin (Roman) alphabet. This will greatly help to develop a Kashmiri dictionary in Latin script that could serve as a resource for people interested in this beautiful language

Luckily, we do not have to reinvent the wheel as others have worked on this issue in the past. We decided to adopt the method that Sir George A. Grierson used in his seminal work about Kashmiri Language. We have modified it a little.

Kashmiri language has a great literature, and we believe that it would be very easy to share this heritage if we could write the language using universally available computer keyboards.

If you would like to contribute to this effort, we encourage you do so. We would appreciate your input. Please see the contact us page for details.